This is the mobile version of the ticker (or "Lichtkrant" in Dutch) being used at ISW Hoogeland to provide announcements and schedule change information to students. Note that the app is available in Dutch only.

Available for iPhone and iPad. 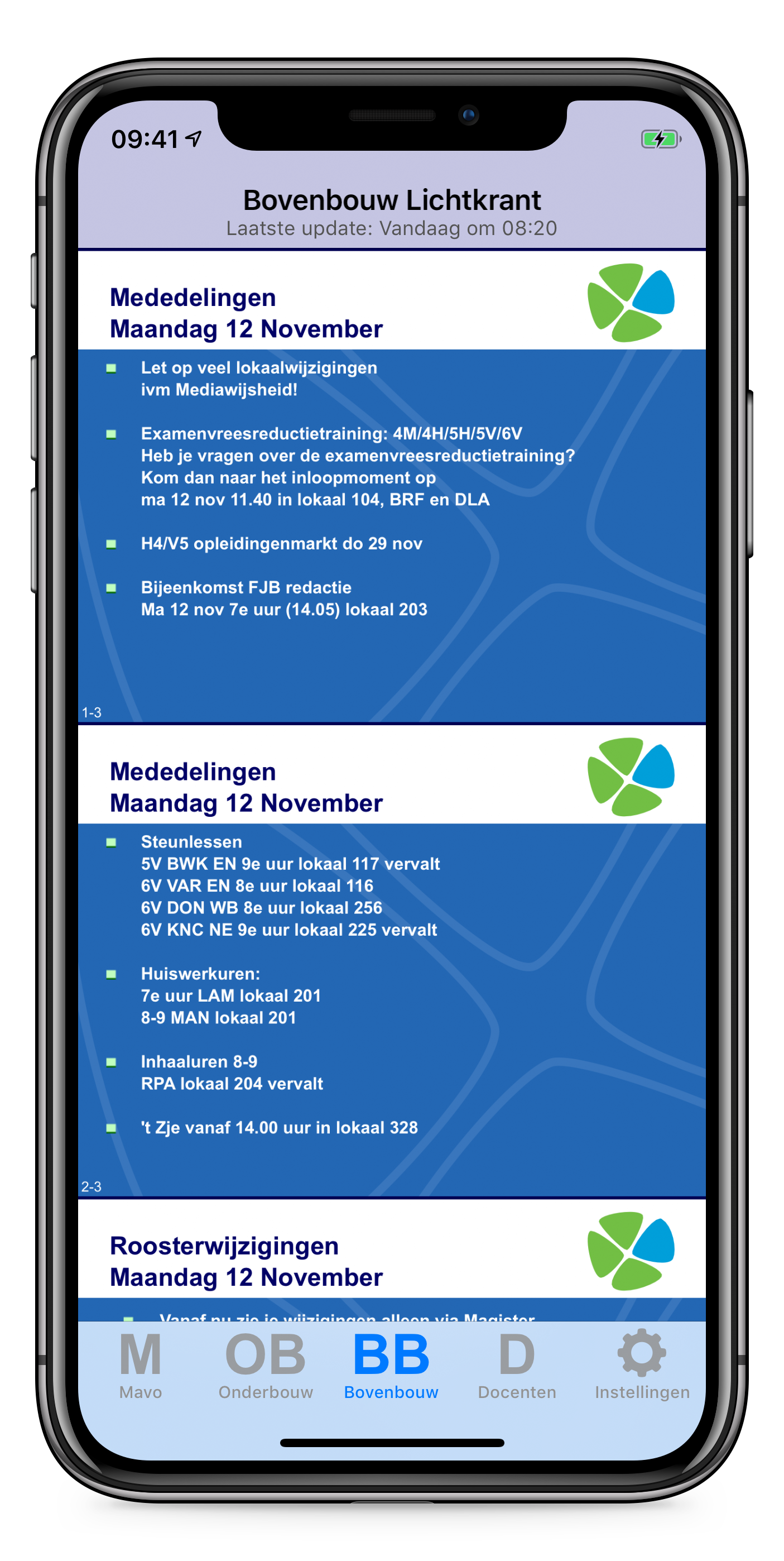 ISW Hoogeland is the highschool I went to in the past and they had a ticker system that showed announcements and schedule changes on TV screens throughout the building. Additionally, they had a website where this was displayed too for easy access.

They had an Android app too, but not for iOS and thus I decided to write the iOS version. A backend server reads the HTML DOM from the school's website periodically and stores this in a database after having adjusted the DOM slightly to optimize it for iOS and the device's high resolution screen. 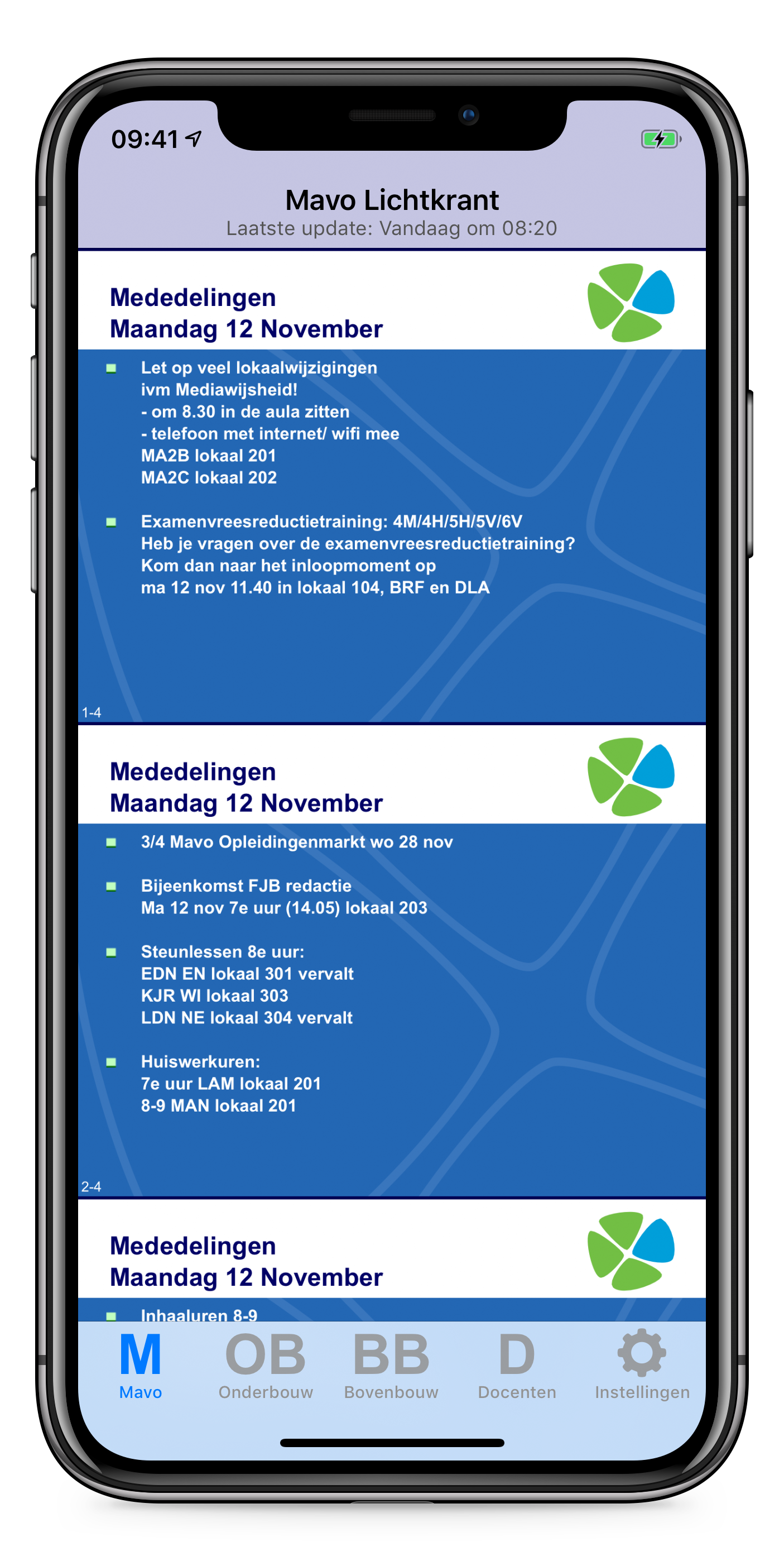 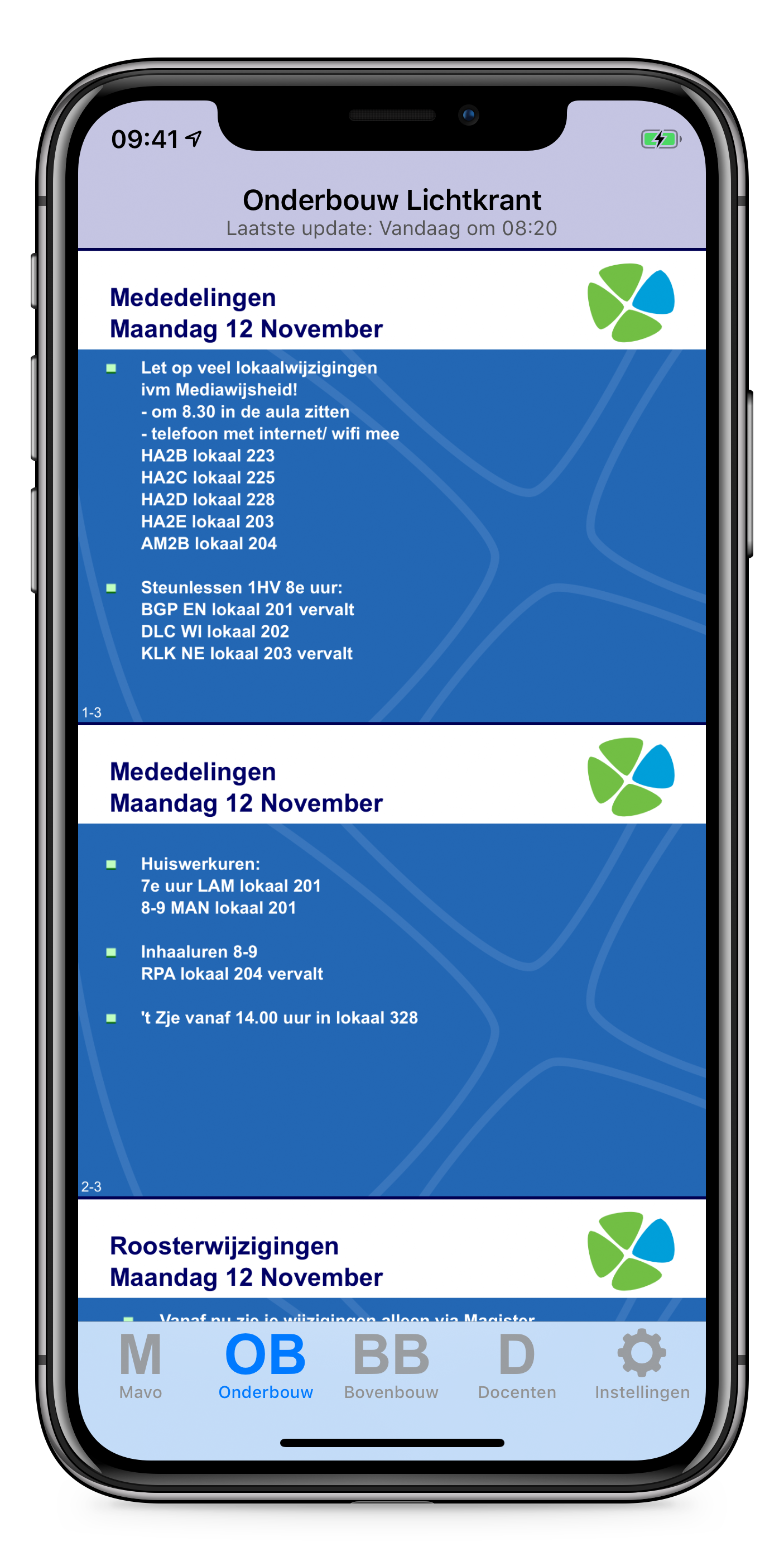 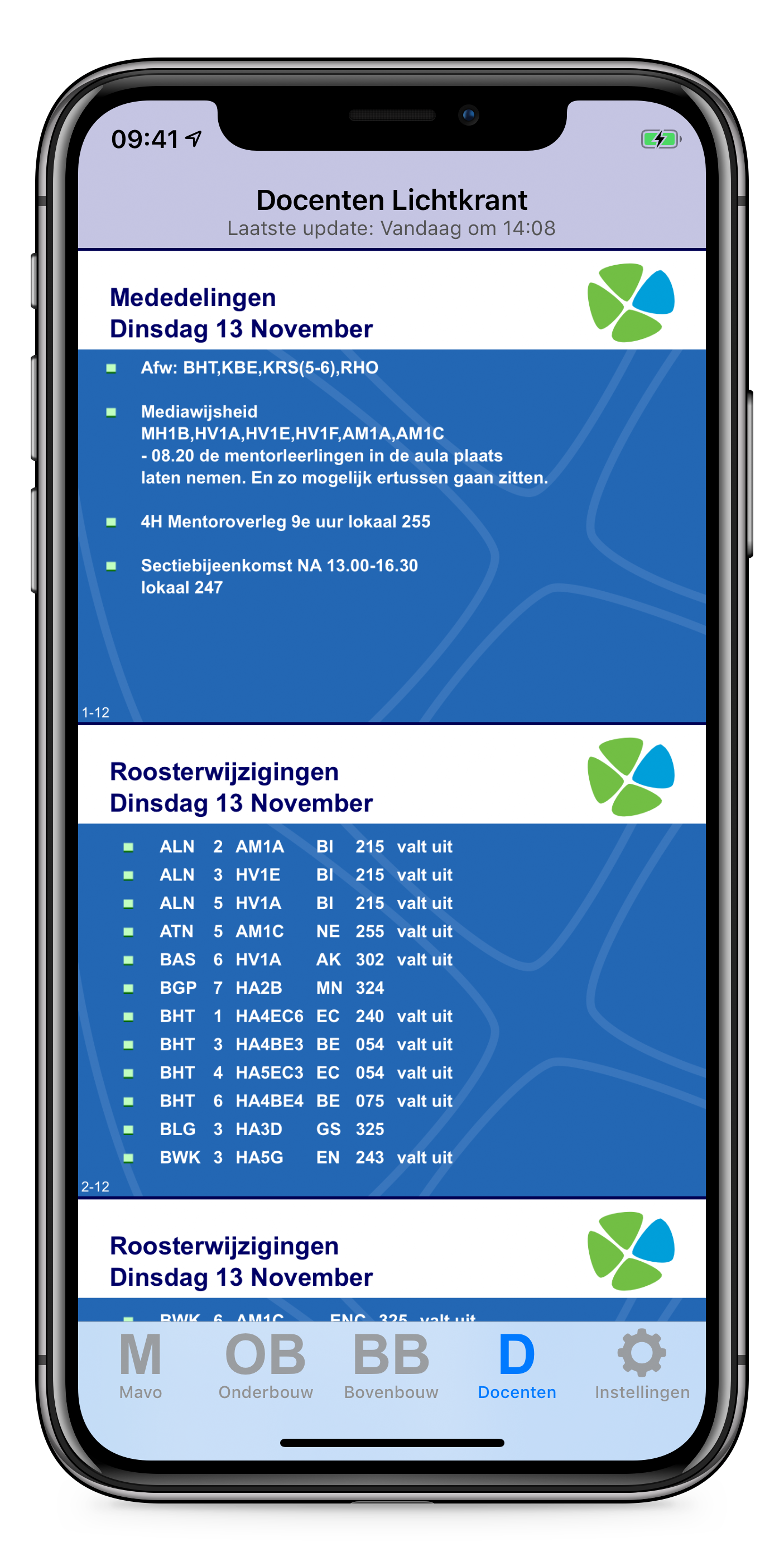 In app purchase or activation